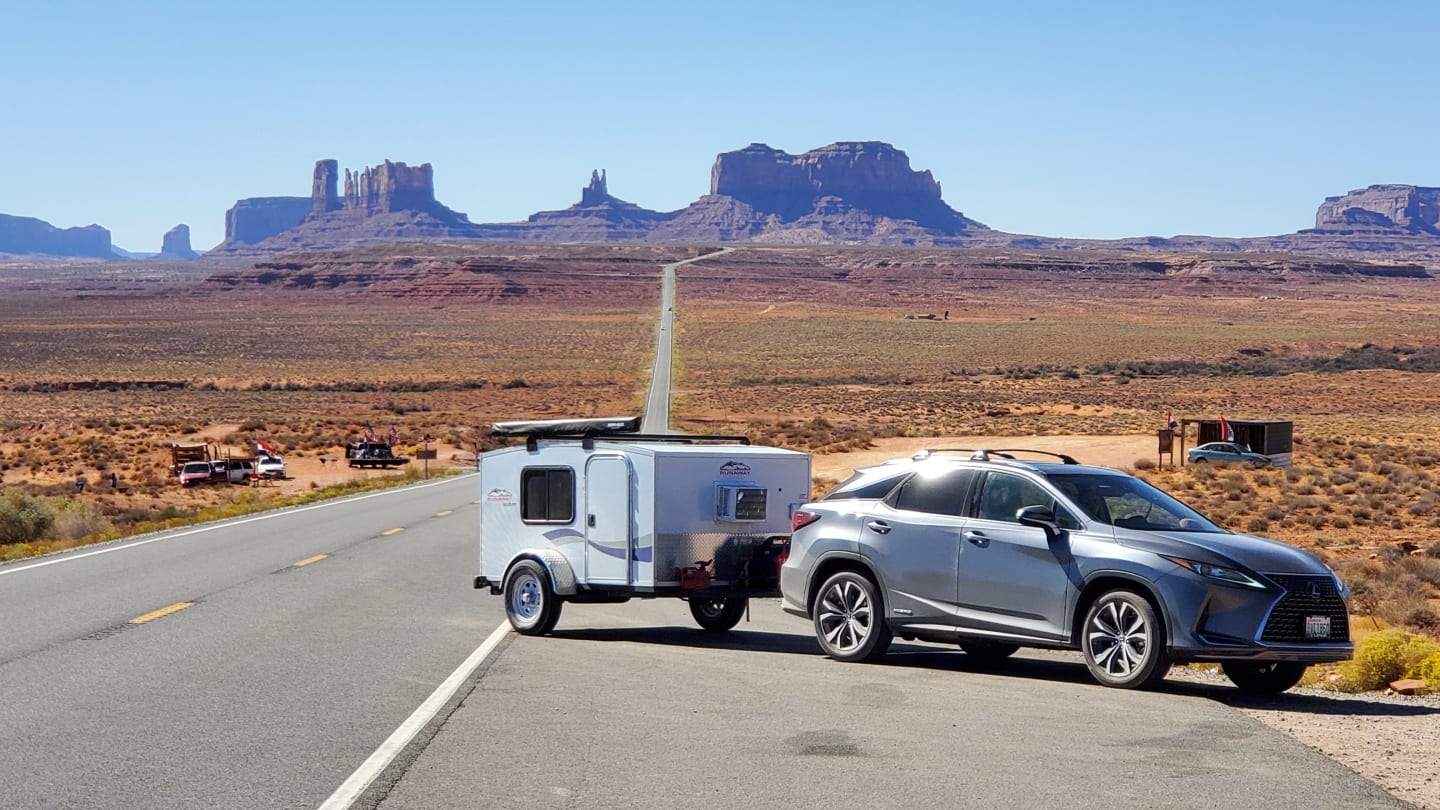 Owner of the Week: Brianna Rettig

Owner Of The Week: Rachel and Raphael Konforti

Owner of the Week: Servando Partida

You’ve Listed Your RV For Rent, What’s Next?

Brianna Rettig is a jack of all trades. She’s a single mom, a Montessori teacher, an artist, and a singer/songwriter, and she runs an Etsy store while working as co-owner of a music venue. You might think this is plenty busy enough, but Brianna didn’t think so. In July 2020, she was looking for another way to fill her time and bring in some extra money.

“Initially I wanted to Airbnb a house,” Brianna tells us. “I started looking at houses in the hope that prices might drop. After being outbid on two offers, I realized the numbers were just not going to work in my favor. I mentioned to my friend that someone should start an Airbnb for campers and RVs. She sent me a link to Outdoorsy a few days later and I started down the Google rabbit hole looking for trailers.”

In her search for the perfect trailer, Brianna came across an amazing little mom-and-pop trailer company based out of Florida called Runaway. “When I came across Runaway, it just made the most sense,” she explains. “They design practical, composite-frame, lightweight trailers that are ideal for any vehicle with a hitch (all under 900 pounds).

The things that attracted me to these trailers are the cost (around $6K–$9K), the air conditioning (each comes standard with a 5000 BTU A/C unit), and the fact that they come empty. The owner gets to completely design the interior from the ground up.

“I had a Mazda CX3 at the time. I wasn’t much of a camper and hadn’t towed anything except for my dad’s 35-foot-long trailer on an F550 Diesel dually truck when I was 20. I knew I could make the Runaway Ranger Runner trailer a stylish, comfy, air-conditioned box on wheels. Most importantly, I wouldn’t have to deal with any grey or black water. It was the easiest and cheapest trailer to design and clean between rentals.”

Yes, a Runaway trailer was definitely the rig Brianna wanted. Unfortunately, getting her hands on one was easier said than done. “Once I made my choice, I realized that EVERYONE was looking for campers,” Brianna says. “They were out of stock at every dealership, and the build wait times were around 8 weeks. I kept calling dealerships and came across Mike, the owner of XYZ Camping. He had a Range Runner listed on his site, and when I called, he already had a waitlist of 6 people.

“We got to chatting, and after about 10 minutes he told me that he was about to get another Ranger Runner in that morning. No one knew about it yet, but if I wanted it, I would have to buy it with everything that it came with, no modifications. So I essentially sent an $8,000 PayPal to a dude in Pennsylvania who I met 30 minutes ago and was [then] the proud owner of a 2020 Range Runner that I’d never seen. It was wild.”

Brianna named the Ranger Runner Jolene. “I had her completely designed and listed on Outdoorsy in a month and a half,” she recalls. “After listing that trailer in August of 2020, I got my first booking within a week and it just snowballed from there. I have grossed around $20,000 in just under two years and I had my first trailer paid off in less than a year.”

Since buying Jolene, Brianna has purchased one other Runaway trailer, a Rouser named Dolly. Dolly is just as well-designed and adorable as Jolene. “My trailers stand out because it is really hard to find Runaways in the PNW,” Brianna explains. “There aren’t any dealers out here and it’s a pain to have them shipped.

“I feel like I accidentally found a niche with Jolene and Dolly. I get so many first-time renters, and people with lightweight vehicles like Subarus and Honda Pilots. It feels nice to provide something fun for people who don’t have a gigantic truck with a 7,000-pound tow capacity.”

Not surprisingly, Brianna’s advice to new Outdoorsy owners is to do exactly what she did and let their personality shine through in their business. “Do something different and fun!” she says. “Take great pictures. Make it personal. Show your personality. Be communicative. Be flexible. Don’t overprice. This is the only way you will stand out in this business. That extra text message or phone call will always go a long way. Let your renter pick up early or drop off late. If it doesn’t interfere with your next rental, don’t get hung up on nickel-and-diming people. Enjoy the experience!”

Brianna’s favorite Outdoorsy experience? “So far, my favorite experience was renting to these two sisters who were in their 70s,” she shares. “They had this trip planned for some time, and every detail seemed to change from minute to minute, but it was so cool to see these women out there adventuring. They came to pick up the camper four-and-a-half days late, showed up at 8 pm, and weren’t on the road until 9:45 pm. However, they had a great time and extended their trip a few extra days. I want to be living that life when I’m in my 70s!”

Favorite campsite meal: “Nachos con Huevos ( I made this up. I don’t know if it’s a thing. I would never call it huevos rancheros. It’s basically tortilla chips, salsa, eggs, and cheese.)”

Music you like to play on the radio: “Buena Vista Social Club.”

Best game to play on the road or at your campsite: “Backgammon or Phase 10.”

Favorite season: “Seattle Summer (it’s a season all its own).”

If you could travel anywhere in an RV, where would you go? “Anywhere with a tropical beach. I love the idea of camping out in a trailer on the beach, falling asleep to the waves.”

7 RV Remodel Tips That Won’t Break the Bank (or Your Back!)

Pros and Cons of Renting Your RV

Dumb RV Mistakes We Made During Our First Year

Do You Know Why It’s Called A “Fifth Wheel” RV?

The 50 Best Luxury RV Parks in the US

Three Ways to Tow a Car Behind Your RV

Do Small Campers Still Have Bathrooms? These 10 Do.

How to Fill Up Your RV’s Fresh Water Tank

Tree House Rentals in Tennessee: 10 Handpicked Options for You

Where Can I Park My RV Long Term?

The Only RV Organization Tips You’ll Ever Need