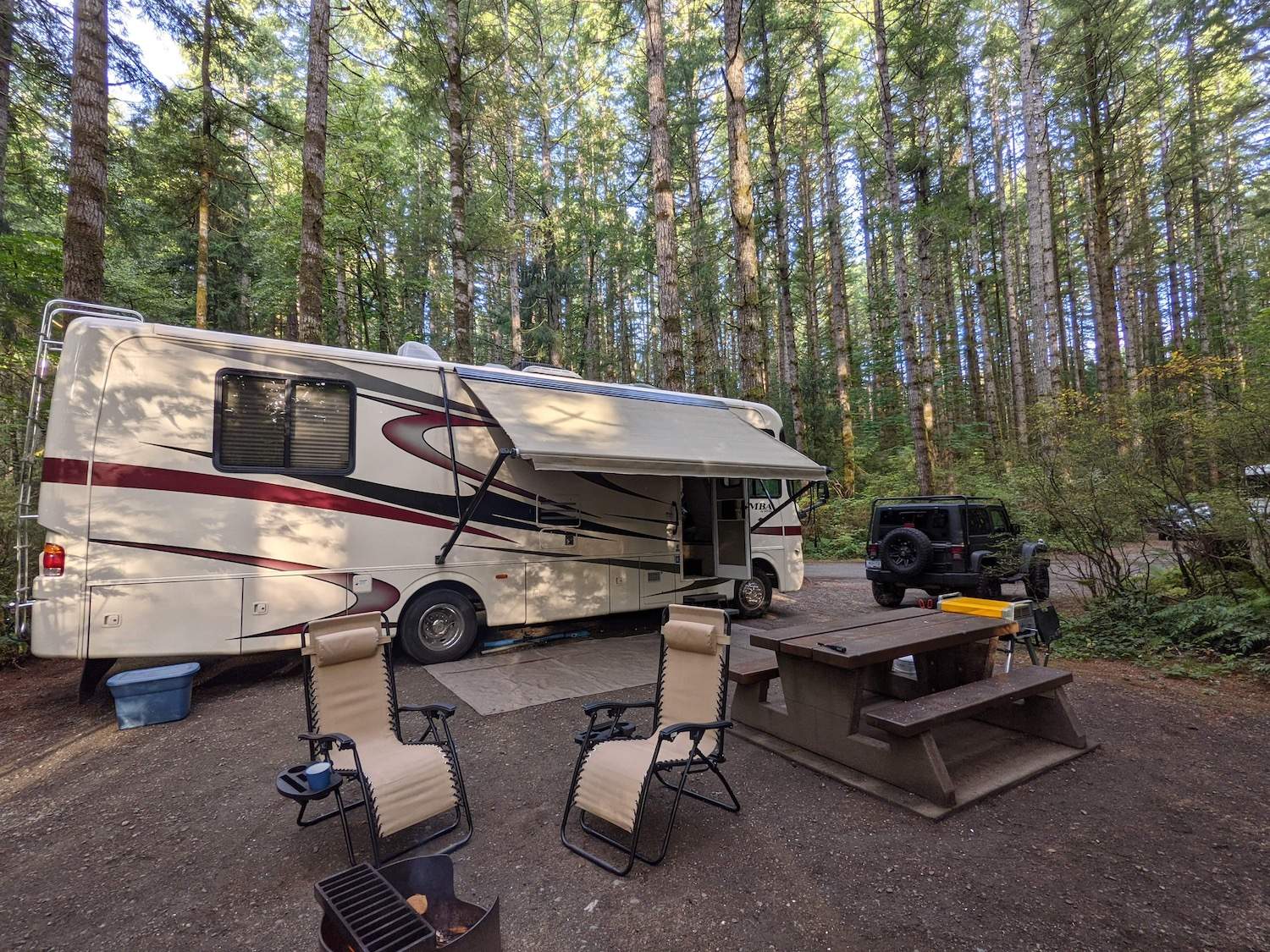 Owner of the Week: Rob Binning

Owner Of The Week: Rachel and Raphael Konforti

Owner of the Week: Servando Partida

You’ve Listed Your RV For Rent, What’s Next?

Rob Binning is an RVing enthusiast. “I love RVing!” he tells us. He loves it so much he even picked his RV based on how long he would be able to stay out in it. “I chose my RV for long-term stays,” he says.

Another thing Rob was thinking about when shopping for his class A RV? Who was going to use it. He knew he was going to make use of the rig, of course, but he also knew he wouldn’t be in it all the time. “Renting was the plan when I purchased it,” Rob explains. “I wanted it to get used. Besides, I knew renting would help me stay on top of maintenance.”

Once his 2008 30-foot Simba Safari was in his possession, Rob got it listed on Outdoorsy. “People began booking the RV very quickly once it was listed,” he recalls. Since then, Binning has made around $11K and he hasn’t even completed his second season yet. Rob thinks the composting toilet and full solar system on his RV probably help him stand out, and we aren’t arguing; it is a pretty sweet setup.

Initially, Rob chose to list on Outdoorsy based only on feeling. “It seemed legit,” he tells us. However, the entrepreneur stuck around for other reasons. “I like knowing I have the final say on who rents my RV,” Rob shares. “I also like having roadside assistance and insurance.”

Would Rob recommend others rent their RVs on Outdoorsy? “Yes, it’s a solid income stream,” he says. Then he throws in some advice for anyone who may be considering it: “You will need to maintain your vehicle and know that accidents are going to happen. Be willing to roll with the flow. If you get stressed too easily, this may not be for you. Talk to each potential renter individually to get their vibe, and if it doesn’t feel right, pass it up.”

Like so many other Outdoorsy owners, Rob loves meeting new people while running his business. “This summer I rented to an awesome family from Germany. Right after they got back, a wonderful family from Australia rented my RV. They were all just really awesome people. So easygoing and happy. They’re like family now!”

Binning counts himself lucky to get to share RVing with people like this. “I hope my RV gives renters a sense of joy and freedom like I get,” he tells us.

Best game to play on the road or at your campsite: “Yahtzee.”

If you could travel anywhere in an RV, where would you go? “Baja South for the winter.”

7 RV Remodel Tips That Won’t Break the Bank (or Your Back!)

Pros and Cons of Renting Your RV

Dumb RV Mistakes We Made During Our First Year

Do You Know Why It’s Called A “Fifth Wheel” RV?

The 50 Best Luxury RV Parks in the US

Three Ways to Tow a Car Behind Your RV

Do Small Campers Still Have Bathrooms? These 10 Do.

How to Fill Up Your RV’s Fresh Water Tank

Tree House Rentals in Tennessee: 10 Handpicked Options for You

Where Can I Park My RV Long Term?

The Only RV Organization Tips You’ll Ever Need